The West-East Divide? Language and Urbanization in Ukraine

Since the beginning of the Russian aggression against Ukraine, much has been said about the differences between Ukrainian and Russian speakers in the country. It is true that the East was not only a center of industrial activity and modernization, but also a region that attracted many Russian speakers from other parts of the Russian empire and later, of the Soviet Union. The following visualization shows that linguistic distribution coincides to a certain extent with a certain economic and social configuration, as the distribution of Russian speakers roughly coincides with the more urbanized regions in the country. Yet, it would be unfounded to draw the conclusion that there as clear-cut divide in the country, as the correlation between these two is far from perfect. Moreover, considering that the current data come from the 2001 census and that several processes have surely had an impact on the relation between language and national identity, all of this is to be taken with with a grain of salt. 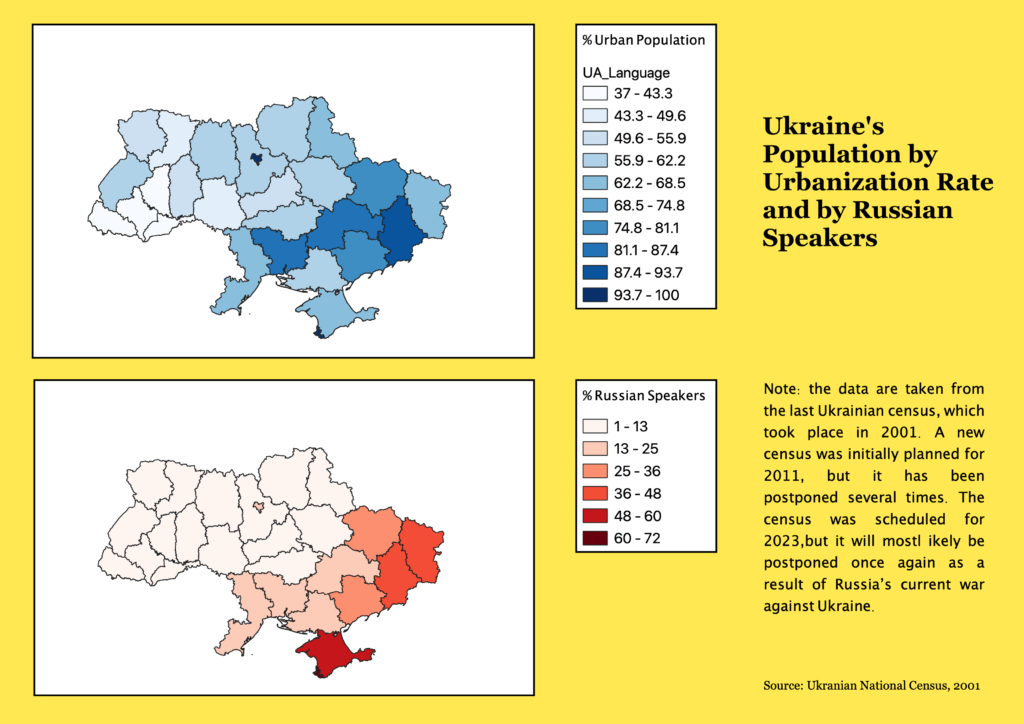