Historian of Southeast Europe and the global Cold War

I am a historian working on political and intellectual history, with a primary focus on Southeast Europe. My interests include the history of Eastern European socialism and the history of the global Cold War. My research deals with the transnational history of dissidence in Eastern Europe and with Yugoslav non-alignment. I am also interested in the use of digital methods in historical research, in the history of archives, and in the practice of public humanities. 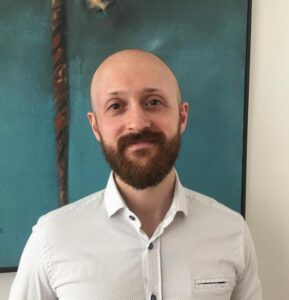 I am currently based in Paris and work as a research assistant at the project DissInvent (La contemporaine – Université de Paris) which aims to identify and render more visible and accessible the documents and collections produced by the Eastern European dissidents exiled in France between 1945 and 1991. I also teach at the University of Paris and the Catholic University of Lille. I am a research fellow at the project “Photographing Revolution: Images of Cuban Solidarity in Transnational Contexts” funded by the Social Sciences and Humanities Research Council of Canada and a research associate at the Centre d’Études Turques, Ottomanes, Balkaniques et Centrasiatiques in Paris.

Before settling in Paris, I was a postdoctoral fellow at Humboldt University in Berlin and at the University of Graz. I completed my PhD at the École des Hautes Études en Sciences Sociales in France and the University of San Martín in Argentina.

Apart from research and teaching, I frequently write for different media outlets in Spanish and English. I also tweet regularly on @cosovschi.

keywords for my research