Regional Inequalities in Socialist Yugoslavia: the Case of Serbia

Regional inequalities have for long been recognized as one of the main triggers for instability in socialist Yugoslavia. The country held together regions with different imperial histories and diverging degrees of material and social development, even within the republics. With the provinces of Vojvodina in the North and Kosovo in the South, the republic of Serbia was in itself a small Yugoslavia with severe inequalities in its internal economic and social configuration. This is a map of access to electricity in Serbia in 1953, which shows how unequal this access was in that republic in first years of the socialist period. 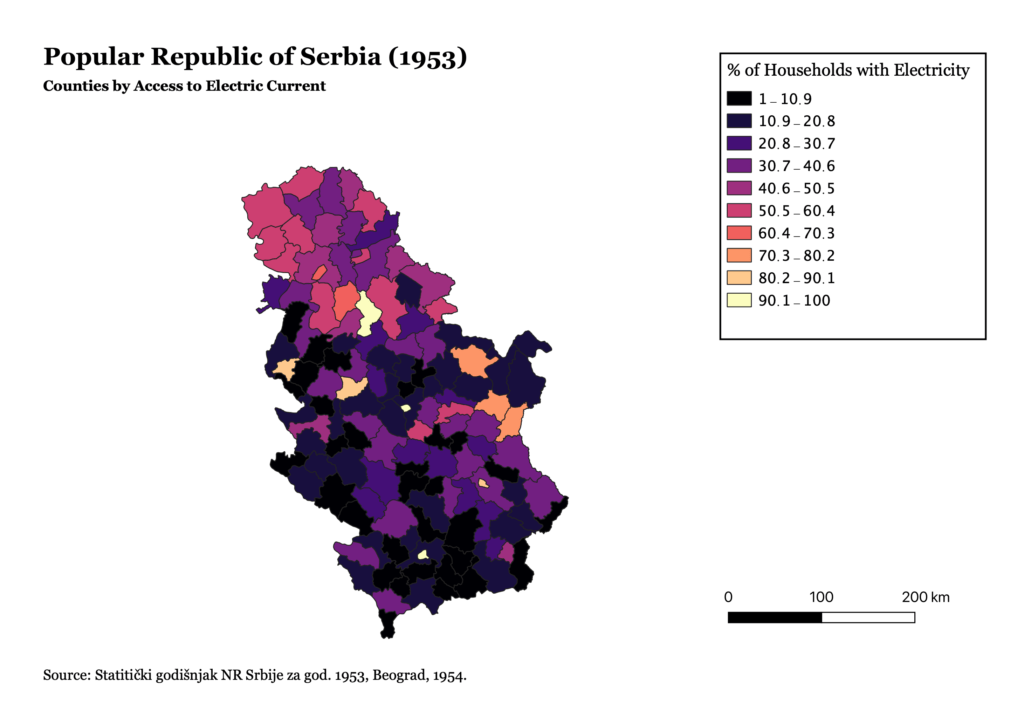