A Map of the Vote for Jean-Luc Mélenchon in Paris

On April 10, the French went to the polls to take part in the first round of the Presidential election. Jean-Luc Mélenchon, the candidate for left-wing La France Insoumise, did a much better scored than expected, especially in cities and peri-urban areas. Here’s a map of the vote for Mélenchon in Paris, showing number of votes by polling station. Among other things, it shows that the traditional Southwest/Northeast cultural, economic and social divide seemingly also translates into difference political preferences. The map was made on QGIS on the basis of electoral data coming from the Direction de la Démocratie, des Citoyen.ne.s et des Territoires – Ville de Paris. 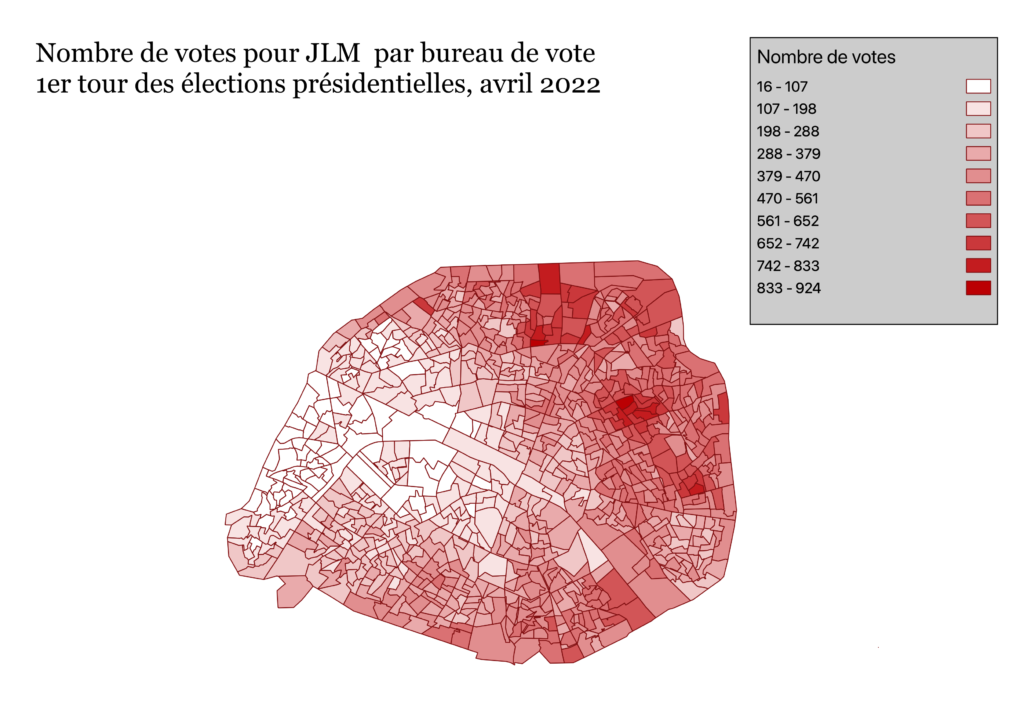