A key part of Yugoslav foreign policy was increasing technical and scientific cooperation with Third World countries in domains such as agrarian reform and industrial management. Hence, hundreds of Yugoslav experts were sent abroad during the 1960s and 1970s to help in the economic and social development of Third World countries, especially in Africa. Particularly Lybia became the center of intense Yugoslav activity.

Here’s a choropleth map (Python-made) of Yugoslav experts abroad in 1970. The data comes from the book Naučna, tehnična i kulturna saradnja Jugoslavije sa zemljama u razvoju by Avguštin Lah and Rodoljub Jemuović.

You can access the map on my GitHub site: 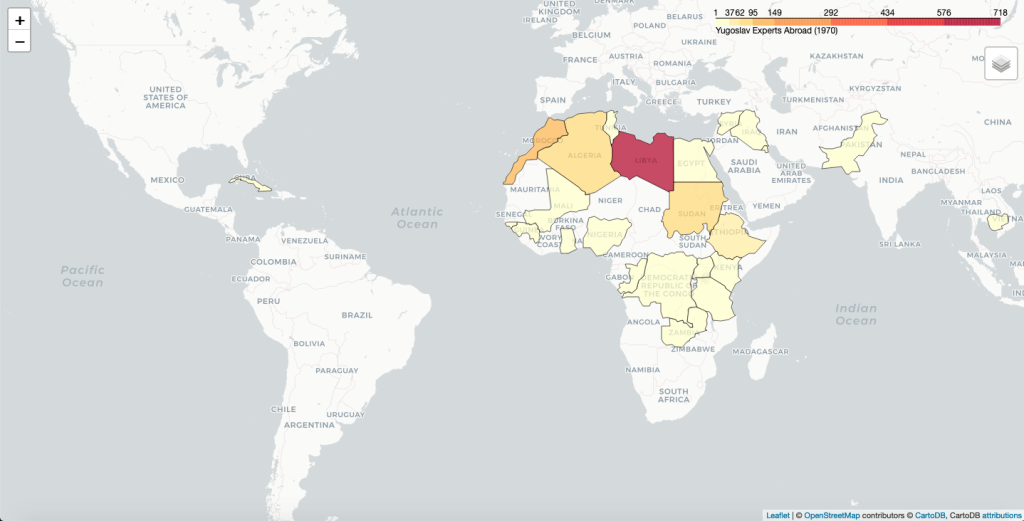